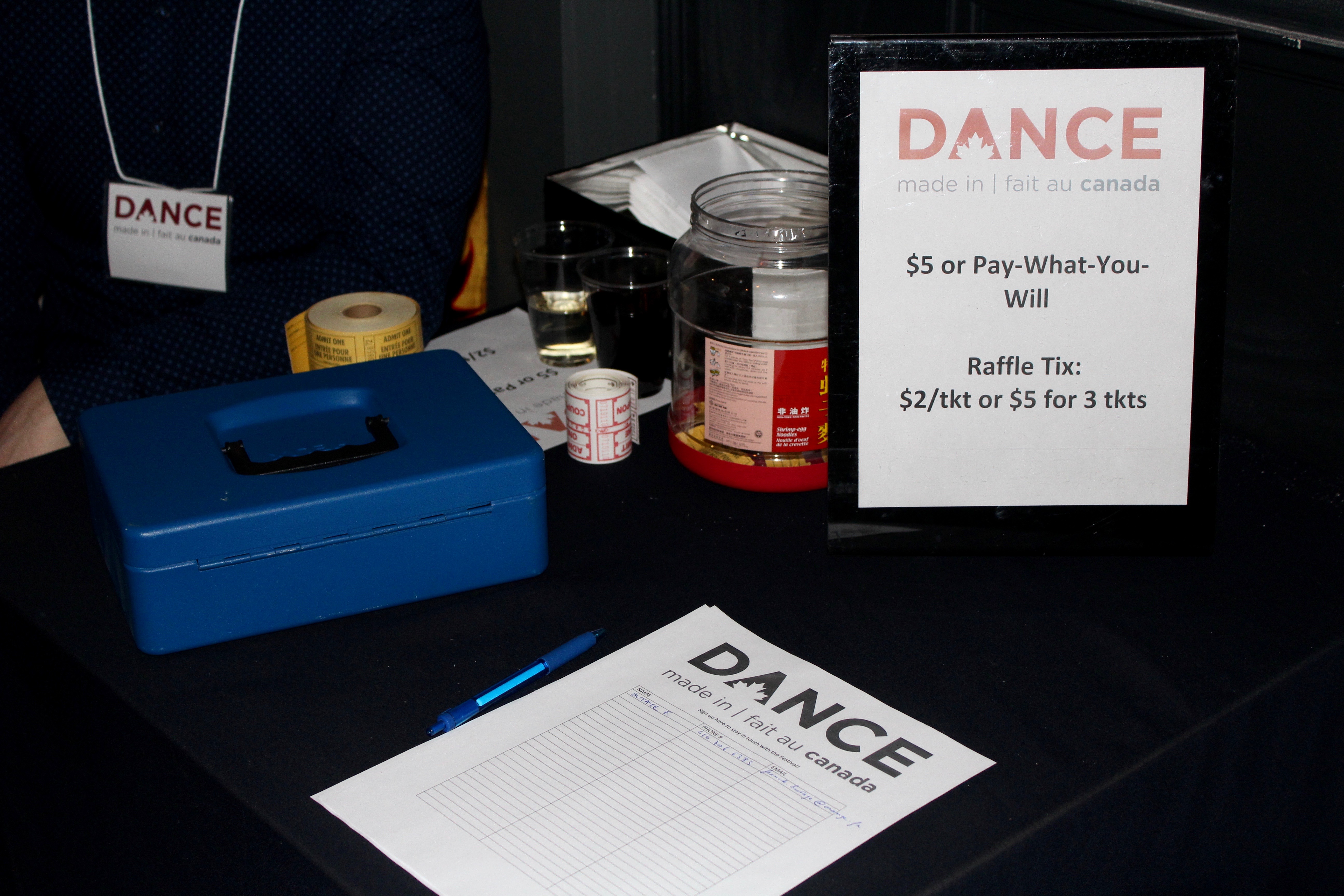 Toronto, ON (March 2, 2017) – Festival Artistic Director Yvonne Ng, Co-Festival Directors Janelle Rainville and Jeff Morris, alongside guest curators Danièle Desnoyers and Marc Parent, are pleased to announce the programming for the 2017 dance: made in canada/fait au canada Festival (d:mic/fac), running August 17 – 20. Presented by princess productions, over two dozen artists will be seen at the Betty Oliphant Theatre in Toronto in three different programs: Mainstage What You See Is What You Get (WYSIWYG) and Arts Encounters.

Tickets go on sale June 1 for the fourth edition of this lauded biennial festival of Canadian contemporary dance works (which launched in 2011, starting as a series in 2001) and will be available on the d:mic/fac website at www.princessproductions.ca.

Marc Parent: “I was surprised and flattered by the invitation to curate a program in the 2017 d:mic/fac Festival. I have been lighting dance since the ’80s and I’ve had front row seats to the creation process. Over time, through exchanges with numerous artists and encounters with a diversity of artistic proposals, I’ve become a more literate viewer, both as an insider and an outsider. It is with this combined perspective of audience and designer, following my instinct and my heart – as I do in lighting design – that I guided my selection of these works.

Vanessa Goodman (Action at a Distance) has a singular physicality. Corey Bowles and Rhonda Baker (Mocean Dance) directly address the audience with a rock n’ roll vibe, charging us through their work. Ebnflōh Dance Company weaves street and contemporary dance together with freshness and energy. From solo to solo to group piece, from Vancouver to Halifax to Montréal, follow your instincts, follow your heart.”

Yvonne Ng: “Each of these three works speak to me about community. In Marie-Josée’s work, flocks of dancers turn in an instant; each dancer in constant communication with everyone on stage. Hanna’s new creation is inspired by family which is the basic element of community. The individual is constantly trying to find balance between their obligation to self and to the family. Naomi, a single dancer on a bare stage teaches us that we, the audience, are in community with the performers. We have different roles to play, but we are all one community defined by choice, proximity and a shared experience. From a large group work with a flock of dancers, to the family where the tension of the individual is what propels it forward, and finally a solo dancer on a bare stage connecting directly with the audience.”

Curated by Yvonne Ng, this programming animates the festival venue from August 17-20. Featured artists will create an array of interdisciplinary work that responds to the festival’s MainStage programming. Artists include: Susan Kendal (Barrie), Luke Garwood (Toronto) creates Exquisite Corpse, a digital dance work where content and choreography is built dynamically by a community of people and Cara Spooner (Toronto) creates a community dance piece. Dancefilms, curated by Kathleen Smith, will be featured throughout the festival.

Additional programming, schedule and ticketing information will be available June 1 on the dance: made in canada/fait au canada website at www.princessproductions.ca.

A leading figure in Quebec contemporary dance, Danièle Desnoyers has made her mark with an art in which dance, the visual arts and music converge. Since 1989, Danièle Desnoyers has created some fifteen works for her company, Le Carré des Lombes. Her works have received the support of numerous partners, including Agora de la danse, Danse Danse, Festival TransAmériques and the Musée d’art contemporain de Montreal, National Arts Centre and Canada Dance Festival in Ottawa, Rencontres chorégraphiques internationales Seine-Saint-Denis and Théâtre National de Chaillot in Paris, Baryshnikov Arts Center in New York, Cultuurcentrum Brugge in Belgium. She joined the dance faculty at Université du Québec à Montréal in 2012.

Tickets on Sale June 1 at princessproductions.ca