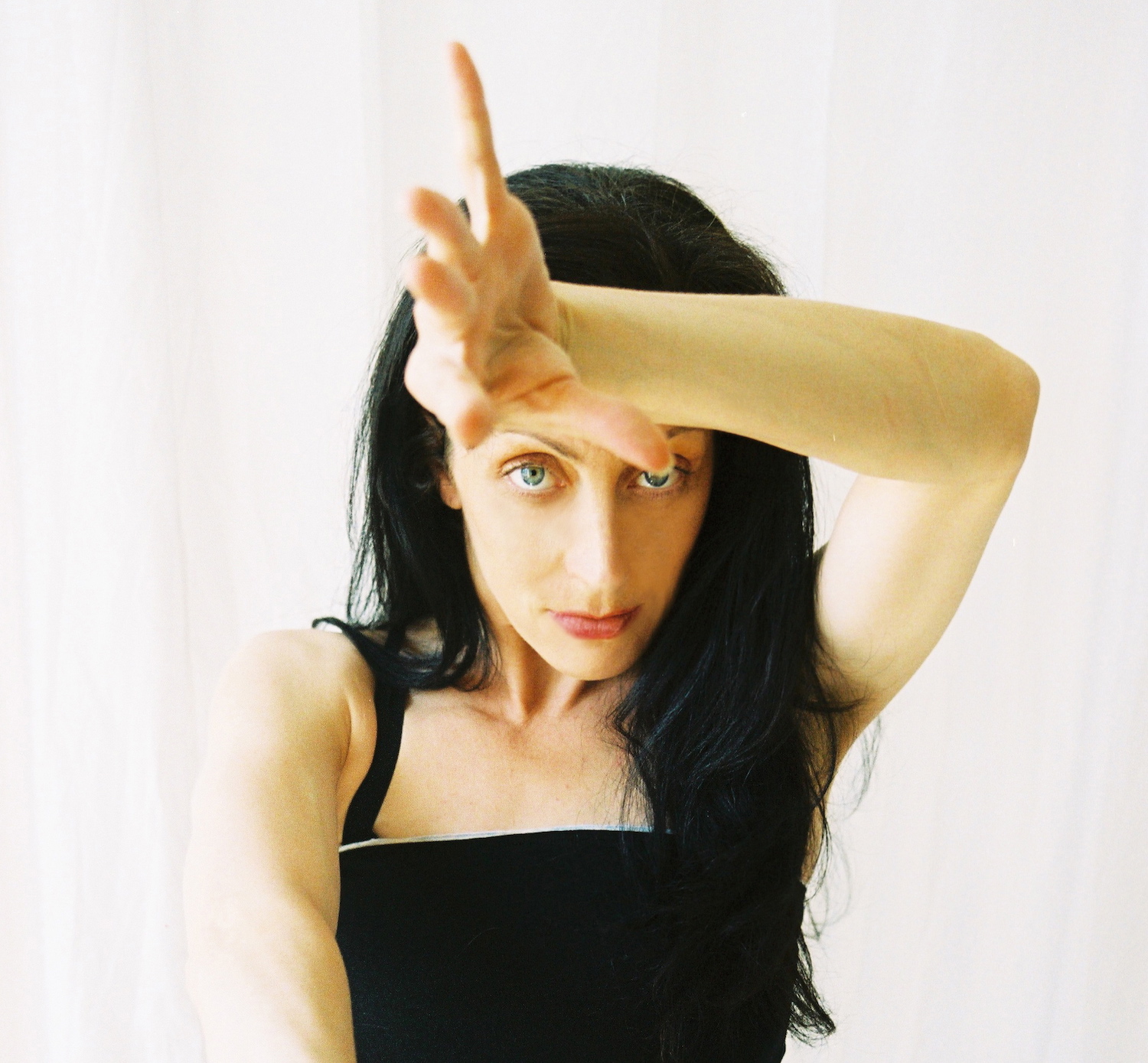 Tell us about yourself, location and company.

Lucy Rupert has been working in Toronto since 1996, quietly carving her own path through the dance field. She studied dance and music performance in the undergraduate program at University of Waterloo. She also has an M.A. in History from the University of Toronto.

Based in Toronto since 2004, Blue Ceiling dance is about shining lights into dark places of human brain and psyche, to make things shimmer and to illuminate little points of interconnectivity. The company is very inspired by theoretically physics, neurological science, edges of science and literature and ideas that blur with mystery and mythology.

What is your dance background?  What drew you to it?

I started ballet when I was 4 because of significant difference in leg lengths. Never thought I’d be a dancer. Always planned on being an artist but thought I would be a classical pianist or a writer. Secretly danced and choreographed in the basement and wished to be a dancer.

I was bullied severely through high school, felt like I could say and do nothing right, and suffered from a depression that posed some physical danger to myself….but when I left high school, at 18, I turned on my heel, after acceptances to several universities for music, and chose a dance major (later adding a music major) at the University of Waterloo. As I got more seriously into dance, I realized the dance solved some of my social anxiety…through dance I could say whatever I wanted or needed to say.

There was no right or wrong from my side or from the audiences’. Dance, contemporary dance in particular, encouraged individualism and creative thinking in its audiences and its dancers. I could be brave and bold on stage in a way I had never felt I could in the rest of my life. That bravery and boldness, has gradually seeped out into my ‘civilian’ life a little bit over my almost 20 years of professional life.

What drew me in and has compelled me to stay with this career, I guess is a feeling that I am able to put to good use the hypersensitivity that made my formative years awkward and sometimes horrific. I  can turn that sensitivity into empathy, explore worlds and ideas and hand them over to audiences.

My approach to movement is always changing, absorbing new skills and experiences.

Each new work, or revisit to a piece of repertoire, incorporates whatever is happening right now – who’s in the room and how my body responds to the ideas I’ve set before me.

What I love most about my process is that it always reveals new folds and dimensions in my imagination, and that imagination injects my body with new physical parameters and possibilities. It is especially exciting as I get older: to discover that there are more, rather than less, possibilities.

Is there a Canadian artist/organization who has really had an impact on your artistic development and career?

Definitely Theatre Rusticle and the artistic director Allyson McMackon. Over a decade of working together, she has challenged, nurtured  pushed, and pulled me in so many ways. Her approaches have infiltrated my own and helped me really define what I want to do as an artist whether in theatre or dance, minimalist or wildly physical works, freelancing or dancing for myself. I also learned the DIY production skills by following Allyson’s example.

I must also say that Denise Fujiwara has a had a huge impact on my artistic development over the last 5 years. Since 2010, I’ve been working on a new project with Fujiwara Dance Inventions, and it is undeniable that I have absorbed and learned so much from her.

In 30 words or less, define yourself as an artist.

What was it that attracted you to being involved with d:mic/fac?

I really respect and admire all that Yvonne Ng has been doing to support myriad artists’ work over many years. I’ve always wanted to be involved. Yvonne is a small cyclone of energy and it is amazing all that she manages to make happen. It is exciting to be part of that energy in the form of this festival.

What advice do you have for aspiring dance artists and choreographers?

Make work. Perform it wherever, however, whenever. Make more work. Question, see, make some more. The way work gets made and presented matters, but what matters most is that the work gets out and touches people, whether that touch is a couple of seconds or a full length show.

Briefly tell us about your newest projects. What can we expect from your performance at d:mic/fac 2013?

Currently I’m involved in freelance work with Theatre Rusticle and with Fujiwara Dance Inventions, coming up in the fall of 2013. I’m also planning a small tour in Ontario with some of Blue Ceiling dance’s repertoire, as well as developing a new work for Blue Ceiling which will include a commissioned solo from Peter Quanz.

My work in d:mic/fac 2013, “The Speed of Our Vertigoes”, is a piece of repertoire which takes inspiration from Einstein’s thought experiments, basically imagining his way through a scientific problem that cannot be observed in daily life. It is a notorious piece in my repertoire as I broke my arm quite stupendously (needed to reset the bones 4 times and then wound up in surgery three weeks later) during a dress rehearsal of it in 2007; performed it in Montreal and Stuttgart, Germany less than a month after having my cast off. My husband made me promise not to perform it again for at least 5 years….and here we are!

It is a bit of an ode to my father as well as my first foray into theoretical physics as inspiration. My dad  — a chemical engineer – saw the connection between scientific and creative process. I definitely learned by his example what a powerful muscle the imagination can be.